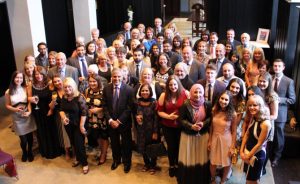 At Abbey Chemist our skilled and dedicated staff are our greatest asset and are fully trained to assist and advise you on all your healthcare needs. We value our customers’ faith in Abbey Chemist as leading healthcare providers within this community.
From senior Pharmacists to counter staff, we are all aware of just how privileged we are to be entrusted with private and sometimes sensitive medical information.

You can be assured that you can talk to any member of the Abbey Chemist team in total confidence and that they will act in your best interests with sensitivity and discretion at all times.

The relationship between Abbey Chemist customers and staff is what our business success has been built on.

So thank you for trusting us — please meet the team!

Asgher qualified as a pharmacist in 1982 having worked as a Saturday pharmacy assistant, pre-registration pharmacist and subsequently manager in Boots the Chemist. In 1986, he became an independent community pharmacist. He is an independent prescriber and has special interests in pharmaceutical care and hypertension. During his spare time he enjoys volunteering for a number of charities.

Asgher was  appointed a Fellow of the Royal Pharmaceutical Society in November 2017, an honour which recognises those who have attained distinction in their pharmacy career.

In October 2020 Asgher was awarded an MBE in the Queen’s Birthday Honours List for services to pharmacy and charity.

After completing his pre-registration training at JP Mackie Pharmacy in Glasgow in 2009, Siraj took up a position as Support Pharmacist and subsequently Pharmacy Manager of Wm Morrisons Pharmacy (Livingston). Over the course of a 2-year period he gained invaluable experience and knowledge working for the supermarket chain. Siraj joined the business in February 2013 as a Relief Manager.

Lindsay started with us whilst studying in her first year of university in 2015, working weekends and during holidays. She continued gaining experience in the busy Lonend branch throughout her studies. During this time she graduated from Strathclyde University with a masters degree in 2018 and then subsequently began working full time during her pre-registration year. Upon completion of this, she became a relief pharmacy manager in 2019, then in 2020 she became Pharmacy Manager in our Gauze Street branch. 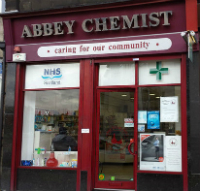 This website provides information, not medical advice. The information must never be used as an alternative to, or replacement for, advice given by a qualified medical professional.This website is powered by 2MLPharmacare a trading division of 2ML Limited.
Navigation Content
Twoml important link

We use cookies to ensure that we give you the best experience on our website. This includes cookies from third party websites where third party content is embedded in a page which you may visit. By continuing to use this website, you agree to their use.